This is my very first original paper.
Miniature electromagnetic flap actuators are developed and mounted on the periphery of the nozzle exit of an axisymmetric jet to induce various flow modes and enhance mixing processes. It is demonstrated that the flap actuators can significantly modify the large-scale vortical structures. In particular, when the flaps are driven in antiphase on either side of the jet, alternately inclined and bent vortex rings are generated, and the jet bifurcates into two branches. 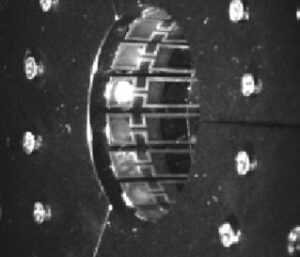